Lessons from Ammon, Tamar, and the Duggars

Yesterday in my daily Bible reading I read the tragedy of Ammon and his rape of Tamar in 2 Samuel 13. Later that day, I was on Facebook and saw the social firestorm around Josh Duggar, who was recently uncovered for child molestation as a teenager. 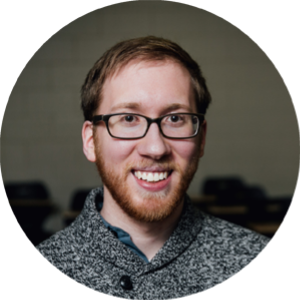 Yesterday in my daily Bible reading I read the tragedy of Ammon and his rape of Tamar in 2 Samuel 13. Later that day, I was on Facebook and saw the social firestorm around Josh Duggar, who was recently uncovered for child molestation as a teenager.

I don’t think it’s too wild to draw similarities between these two stories. My aim is not to take sides; it’s to look at the firestorm, say “Why did this happen?” and learn lessons from this event and 2 Samuel 13.

First, why the firestorm? That question seems cruel given the nature of the allegation, but track with me. Anyone in the United States could have molested children as a teenager, and I guarantee that in most cases it wouldn’t have become a trending topic on Facebook.

But this did, and there are a few reasons:

As a Christian family demonstrating conservative values, the Duggars often gave the impression of being the “perfect family.” They were a model of conservative values; therefore, this failure speaks against their entire lifestyle.

King David’s family faced a similar situation. Ammon’s failure impacted the nation, and it showed a weakness in the lifestyle of the King. As the ESV Study Bible notes, “Since it occurred in the royal family, it had implications for the whole nation.”

Speaking from an Israelite perspective, Bible commentator Matthew Henry adds, “We are Israelites; if we do such things, we are more inexcusable than others, and our condemnation will be more intolerable, for we reproach the Lord, and that worthy name by which we are called.”

That said, I like what Matthew Henry wisely writes about Ammon, Tamar, and (indirectly), the Duggars:

Godly parents have often been afflicted with wicked children; grace does not run in the blood, but corruption does.

A Lack of Justice

One of the most notable facts in the Duggar story is how long Jim Bob (the father) waited before reporting the incident to the police. After finding out about the incident, it wasn’t reported to police until a year later. Many people are also criticizing the “treatment” Josh received, which mainly consisted of manual labor for a family friend.

Let me say a few things, and then look at Ammon and Tamar. First, I fully believe in God’s ability to heal our minds from sin without formal counseling. That said, God gives us counselors to help us work through serious sin issues such as child molestation. I’m not saying the Duggar’s “treatment” didn’t work; I’m simply advocating for services which provide professional help for serious issues.

Similarly, I believe the biggest flaw in the story of Ammon and Tamar is David’s lack of justice to the situation. 2 Samuel 13:21 says, “When King David heard of all these things, he was very angry.” Interestingly, the Dead Sea Scrolls and the Septuagint (traditional Greek Old Testament), add this sentence:

But he would not punish his son Amnon, because he loved him, since he was his firstborn.

The Reformation Study Bible says it most plainly, “That David was furious at Amnon’s violation of Tamar is understandable; that he took no disciplinary action is not.” The ESV Study Bible notes, “David was very angry, but he did not do anything. He showed favoritism toward his eldest son, which was the source of many of the later problems in David’s family.”

It’s hard to calculate all the damage that came from David’s lack of justice. One year later, Ammon was murdered by his brother Absalom, who doubtlessly felt he should take justice into his own hands since the king had not. Additionally, when Absalom later rebels against the kingdom, one of his complaints is that David withheld justice (2 Samuel 15:4-6).

The sum of the matter is stated perfectly in Ecclesiastes:

Ecclesiastes 8:11
Because the sentence against an evil deed is not executed speedily, the heart of the children of man is fully set to do evil.

There are several similarities between the story of Ammon and Tamar and the Duggars. Both were a prominent “Christian” family, both involved an apparent lack of justice from the family head, and both had serious implications for the future of the family.

It’s fair to note that David’s kingdom still survived after this sin, but the damage was also clearly destructive. In the same way, I don’t believe this past sin nullifies the Duggar’s entire lifestyle, but it certainly exposes a weakness that many will shamelessly accentuate.

These two stories share a few very good lessons. First, let your lifestyle and your actions reflect one another. Second, administer justice, especially from a position of responsibility. Finally, human justice is imperfect, but God’s justice is perfect, and one day He will reveal everything hidden and execute perfect justice.

Ecclesiastes 12:13-14
The end of the matter; all has been heard. Fear God and keep his commandments, for this is the whole duty of man. For God will bring every deed into judgment, with every secret thing, whether good or evil.

I’d love to hear your thoughts and reactions in the comments below. Please be mindful to keep comments and replies respectful.